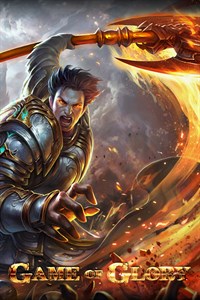 The app does not support Windows 10 S

Game of Glory: Trojan War is a war strategy game based on the Greek mythology war. The game uses the most sophisticated Flash technology, with a large number of real-time calculus, to achieve the multiplayer battle effect. At the same time, the game refers to many well-known historical myths, creates the famous scenes and heroic characters of Greek mythology from every detail, and gives players an immersive sense of substitution.

The game brings you to the Greek world, where you will gradually develop from the city lord, step by step, and finally compete for the throne. The main line story is interspersed with various mythological plots, making players enjoying the true bloody Greek mythology world.

Game Features: * World War Combat against other players around the world in real-time, enjoy enhanced interaction, and lead your city to fame and fortune.

* Realistic Graphic The map, the world, your city, the legion, the heroes, everything just looks so real. Flash technology on the newest standards.

* Build your City Upgrade your buildings, explore your technologies, train your legion, and gain powerful heroes to boost your city.

* Hero System Whether you are attacking your enemies remotely, or plundering at close range, or doing missions at home, there are many heroes who can help.

* Strategic Play A legion is not enough to dominate. Use the gunmen, the shield, the bowmen and the cavalry properly. Only the wise win.